Entrepreneurship carries with it a lot of responsibility. Business success requires an individual to juggle multiple tasks at one time like ensuring the company is operating efficiently in order to generate revenue and be a viable entity in the marketplace. Many people who branch out on their own and begin an enterprise don’t always fully understand what it takes to be the kind of leader who can drive an organization toward profitability. Not only does it take a lot of hard work, but it also requires patience, an open mind and a willingness to learn.

One of the best ways for a business owner to gain knowledge is by eliciting the help of others who are more experienced than they may be. There are a number of resources available to be those who start their own companies, such as professional business coaching services that can help guide an entrepreneur through the difficulties associated from running their own enterprises. 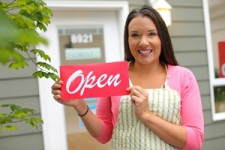 However, one of the best educational sources is seeking out the knowledge of those who have already established themselves and their companies as viable players in the marketplace. All of these individuals developed personal characteristics – in addition to strengthening their business acumen – that contributed greatly to the growth and sustainability of their organizations and those individuals seeking business success would be wise to follow their lead.

Common traits of entrepreneurs with strong enterprises
A recent article from Inc. Magazine listed a number of habits adopted by company owners that contributed to their thriving businesses. Here are a few traits that Entrepreneurs and owners should adopt into their daily routines:

Change your way of thinking
In addition to creating and developing good habits, a shift in your thought process as a leader should also occur if an organization is to be successful. A recent article from CEO.com highlighted the importance for entrepreneurs to not get too caught up in details but instead keep everything is simplified as possible.

This leads to clarity of thought and greatly diminishes the frustration associated with making things more complex than the have to be. For example, when making a decision to bring staff members on board, focus on the people who appear to have an ability to do their jobs and be an asset from day one. Don’t get caught up in their skills and experience. Instead, evaluate them on their ability to come in and contribute right away in order to help the company reach its goals.

Another suggestion is to envision the solution to the problem as opposed to focusing on the issue itself. This act can be difficult as it is very easy to lose sight of the big picture whenever situations come up that can be detrimental to the business. Having a mindset that foresees a successful outcome when negative situations occur, lends itself to thoughts and ideas that can be beneficial and move an organization past a roadblock with relative ease.

Career tips to help your business connect with employees

Ultimate Sales Machine Blog
Contact us: [email protected]
Disclaimer - All products, services and company names are trademarks™ or registered® trademarks of their respective holders. Any product names, logos, brands, and other trademarks or images featured or referred to within the blog-chetholmes.com website are the property of their respective trademark holders. Blog-chetholmes.com is a participant in the Amazon Associates Program, an affiliate advertising program designed to provide a means for sites to earn advertising fees by advertising and linking Amazon properties including, but not limited to, Amazon.com. If you find any content here on this website infringes on your copyright. Please feel free to contact us at [email protected] and the infringing material will be removed as soon as possible. blog-chetholmes.com Copyright © 2018
We use cookies to ensure that we give you the best experience on our website. If you continue to use this site we will assume that you are happy with it.OkNo