How Chet Holmes® closed more deals than anyone else. 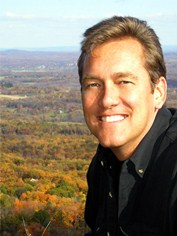 Welcome to our new Chet Holmes inspired Ultimate Sales Machine Blog - a resource for you to hone your skills in sales and marketing through the concepts of the legendary Chet Holmes. What you’ll get here is an extremely useful and up-to-date set of practical tips, tactics, tools, and knowledge around solving problems and pains to create the Ultimate Sales Machine within your own organization. If you are serious about the growth of your business and don’t plan on waiting to reap the rewards that come with it, then this blog is for you!

For the first entry, I am THRILLED to share with you the insight from a never before released audio of my father–Chet Holmes. This was never intended to be shared with the public. It was an internal sales training call where my father revealed a personal story about his parents, and specifically, 4 traits that he attributed to his success as a salesman. These traits not only helped my father break every sales record at every job he ever had, but they were also concepts that he lived his life by, with his family, in his business, and with his clients. At the time my father had been reading Peter Guber’s book “Tell to Win,” which explains that storytelling is one of the most powerful strategies to motivate others. Inspired by the book, he told this story one morning to his sales team about his background to help reinforce his principle of the 4 C’s. I will retell the story and at the bottom of this post I have edited the audio so you can hear Chet’s conclusion himself.

My father owed his natural sales ability to the culmination of these 4 C’s. From his father, he learned COURAGE and COMMITMENT. When my grandfather was four years old, his father passed away, leaving him with two younger siblings and his pregnant mother. He was forced to provide for his family by begging on the street. After his baby sister died in his arms, the state intervened and he was sent to 25 different foster homes until he was old enough to enlist in the army. The amount of COURAGE it took to start providing for his mother and three younger siblings at the age of four is the level of courage that his son, Chet, embodied every day in his business. In the army my grandfather was a war hero— and he was also in the navy, where he was awarded for his bravery. When my father walked into a meeting with a potential client, he held himself like a hero of business, braving the seas, larger than life, moving forward toward triumph.

| How do you hold yourself with prospects and clients? Are you courageous? |

My grandfather made a COMMITMENT from a very early age that his mission in life was to save the people around him. He started at the age of four with his family and even worked a security job into his 70s. His son, my father Chet, inherited that same level of commitment in his life to every person he encountered. When my father gave a speech in a room he didn’t close 5-10%, he’d close 50-60% because his commitment was to every single individual. He was committed to make a difference for his clients, his employees and with every person he encountered.

| How many of your potential and current clients do you commit yourself to 100%? |

From his mother, my father gained CLEVERNESS and CONCERN. My grandmother was a musical prodigy, playing for presidents—touring with Bob Hope and Olivia De Havilland. Her creativity spanned over music, painting, novels, dancing, and palmistry. If she wanted to learn a new trade she’d pick up a book, not only learn it, but build a school around the subject and within weeks she’d be teaching the material. She did that twice in her life. This woman cured herself of lung cancer. The doctors gave her six months to live; she went home, researched on the internet and found alternatives that eventually cured her. It was her CLEVERNESS to see beyond the box that made her exceptional and she taught my dad to do the same. His ability to think creatively allowed him to build successful marketing strategies and ultimately pioneer education-based marketing.

| All because of that CLEVERNESS to be creative. How clever are you in your business? |

His mother also held a high level of CONCERN for everyone due to the fact that her parents doted on her. Her parents were older when they had her so they had the time and energy to love her unconditionally. My father attributed his high self-confidence to his mother’s care, CONCERN, and love.

| How concerned are you for your client’s well being? |

If you listen to the actual audio of my father below, he summarizes his story with this:

2. Commitment: to serve them even if they don’t think you should.

3. Concern: you have care for the client, they feel that empathy you have for them because they see the commitment and courage that ultimately you’re really just trying to help them.

“Embrace those 4 C’s, write them down, put them on your desktop and look at that every day before you pick up the phone. It’s a personal quest of mine, that every client I go after that I’m going to use those 4 C’s and it’s defined me, and I was fortunate somehow that I got my father’s courage and commitment, and my mother’s cleverness and concern. Somehow in the mix I got lucky.” -Chet Holmes®

Chairman of Chet Holmes International, daughter to the late and courageous Chet Holmes

P.S. –If this story touched or inspired you please post a comment to us on Twitter @ChetHolmes or Facebook and use hashtag #salesmachine. We’d love to hear if you have personal stories about when you experienced the 4 Cs in your life, or maybe you have a story about Chet that you want to share. We’d love to hear them (me especially). Share with your friends if you think they’d get something from this Chet Holmes exclusive.

24 Responses to “The Man Behind the Sales Machine”